Shoreditch, London – The first day of class has come and gone. It was rather a fun and exciting day, both at university and out and about in town. If I hadn’t been too sure of my knowledge and understanding of the Underground before this morning, I certainly am as I write this at 20.00 in the evening. 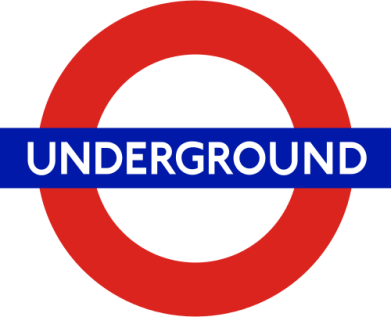 “Once one gets the system down, travelling in London is not to bad at all compared to other big cities.”

Once one gets the system down, travelling in London is not to bad at all compared to other big cities. After class got out today I decided to head over to Apsley House, the home of le vainqueur de Waterloo, the 1st Duke of Wellington. To get there from my home station, I had to make one transfer between trains, which wasn’t too terribly bad. The problem came in the fact that I left the dorm at 15.30 and Apsley House was scheduled to close at 17.00, so considering that rush hour was just beginning to wake from its meridical slumber, I knew that I needed to get there a bit faster than normally I would have. So, by walking down escalators on the left (rather than standing on the right as is custom here), and standing on trains near the doors, being the first one to jump off when said portals opened at my transfer and destination (Hyde Park Gate), I was able to make it to Apsley House at 16.20, a good 40 minutes prior to closing time. Unfortunately however, I entered the courtyard and found the sign that read “CLOSED” standing on the steps leading to the front door. 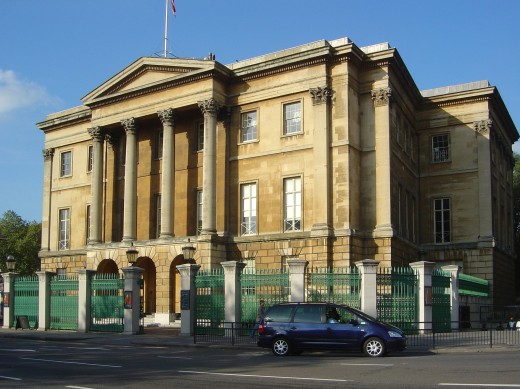 In my annoyance I decided to walk around for a bit, after all I was in Knightsbridge, which is one of the nicest neighbourhoods in London. As I walked along I chanced to see a few things I probably wouldn’t have seen had I just gone back to the Hyde Park tube and returned home. Among these were the Libyan and Kuwaiti embassies, the latter of which had a rather large flag in front of it. I would have stopped by to see if I could pick up a couple Kuwaiti dinar, which last I looked was the highest valued currency globally at present. But because of the obviously heavily armed guards in front of the embassy (one was standing talking to the other who was driving a G-Wiz [cute, I know]) I chose to pass onwards and get back onto the tube at Knightsbridge. Now here’s the kicker, where no doubt my Mom will be saying, “Seán, you shouldn’t have…”: I didn’t actually know which tube line ran through Knightsbridge station, I just knew it was a tube station and that I could get home somehow someway. As a matter of fact I didn’t even know which lines went through there until I got onto the platform level (I intentionally left my tube map in my pocket), just as a bit of an adventure. Needless to say, I got onto the only line there, the Piccadilly line, and took that back towards the university, figuring that I might run into some friends if I did that. Though I didn’t run into any other ISA students, I did get an opportunity to try and blend in with the business-folk going home from a day’s work in the City (the CBD). It worked rather well, except for two businessmen who were giving me funny looks because my suit wasn’t black like all the rest of the businesspeople on the train, which granted I’m not a businessman, I’m a historian in training and a filmmaker, so I can wear some colours other than black, blue, and white (all of which I was wearing in one way or another, mind you.) 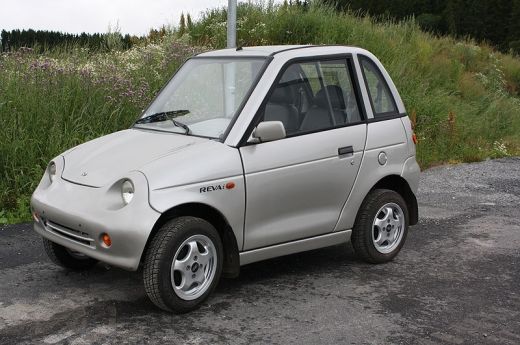 “(one was standing talking to the other who was driving a G-Wiz [cute, I know])”

I got off at my home station at about 18.00 and made my way over to our local Argos (a UK electronics store). At first the place threw me for a loop. When I walked in all I saw was a big empty space in a small shop. I soon realised that I had to go over to the far left and look in their catalog, write down the number of the item I wanted to buy (a desk fan as there’s no air circulation in my room & no AC either), then take my little slip of paper to the counter and have the clerk type it into the system and take my money. Then I went and waited by a counter on the far right side of the shop, and not unlike Portillo’s, for all you Chicagolanders out there, I waited for my number to be called. After getting the fan, I went home, set it up, and enjoyed a nice cool breeze in the room.

However, I would have to say the two most amusing sights I have seen since coming to London were both involving transport. On the tube last night on the way back from Westminster a health & safety sign on one train had been graffitied so it read, “OBSTRUCT THE DOORS  BE DANGEROUS”. The second was on the way to the university this morning we came upon a G-Wiz that was parallel parked on the side of a street but perpendicular to the rest of the cars, as in it was backed into the spot in question. This is why small cars are the best!

So, to the point of this article (seeing as I titled it “Travelling about London”), what is the best way to get about Central London? In my opinion, if you want cheap and fast, take the tube. Sure, you don’t get to see sights on the way (as you’re below ground), but you do get a good opportunity to blend in with the locals & will reach your destination quicker than if on a bus or in a cab. In regards to buses, they still confound me tremendously. I’m avoiding them for now. As for cabs, the licensed ones are good, but pricey for just one person. So, I’m probably taking the tube home from the opera or theatre for example. Of course, if you’re just staying in one part of town, walking’s a fine way to get about, after all it’s what the locals do. But, on no condition, as I have heard time and again, and seen from afar, never attempt to drive in London if you’re not a local. If you think Chicago traffic’s a pain try coming here at rush hour. Let’s just say the British don’t have the concept of jaywalking, so if there’s a wide enough gap in traffic people just cross the street. O, and also just don’t make eye contact and don’t apologise for going past people on the pavement (sidewalk) or in the tube’s escalators and pedestrian tunnels in stations, just keep moving forward. And for no reason at all stop and look at your map in the open, just keep moving and find a café or sign.

So, with that, I’m signing off for the night. Tá.

1 thought on “Travelling about London”